This article explains the difference between the two with a simple diagram.

I’m going to keep this explanation very simple for you to understand the basic concepts well. In the following diagrams A, B, C, D, E and F represents blocks. 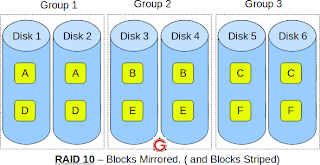 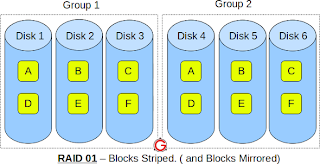 Main difference between RAID 10 vs RAID 01