We always carry two mobile phones just for sake of 2 different accounts. Sometime we face this challenge if we have dual sim mobile still we carry the second mobile for purpose of whatsapp. Hereis the solution which will help you to clone any app and run as a second user.

Clone and run multiple accounts of the same app simultaneously, and use themes to style your unique space. 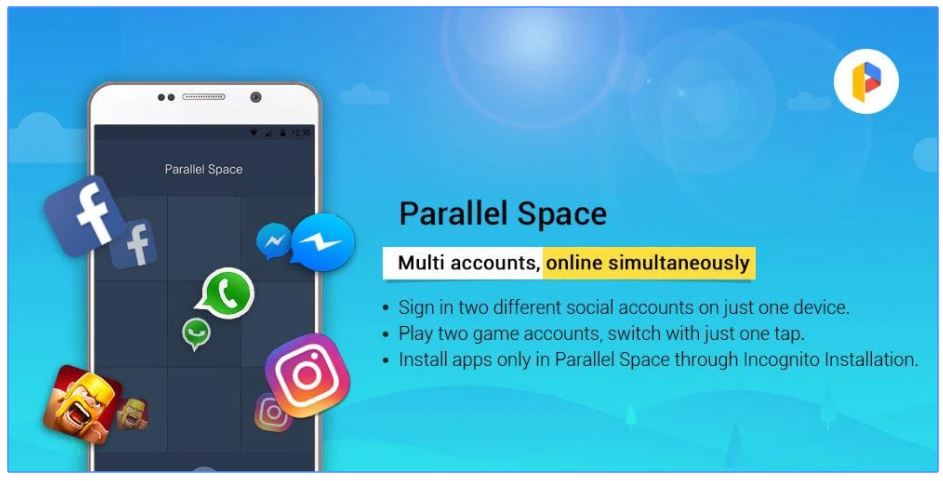 ★Log in to multiple accounts of social networking apps or game apps at the same time on one device
• Balance between users’ life and work easily.
• Double users’ online gaming experience and have more fun.
• Almost all apps are supported for a second account in Parallel Space. Data from both accounts won’t interfere with each other.

★Create a customized space by applying themes
• A theme store is integrated into Parallel Space and a list of customized themes are ready for users to apply to style your own space.
• To style a unique space by a customized theme. The user can switch fast the different themes by one-tap with their moods.

★Switch fast between accounts with just one-tap
• Run two accounts simultaneously and switch between them fast with one-tap to effective manage different accounts.